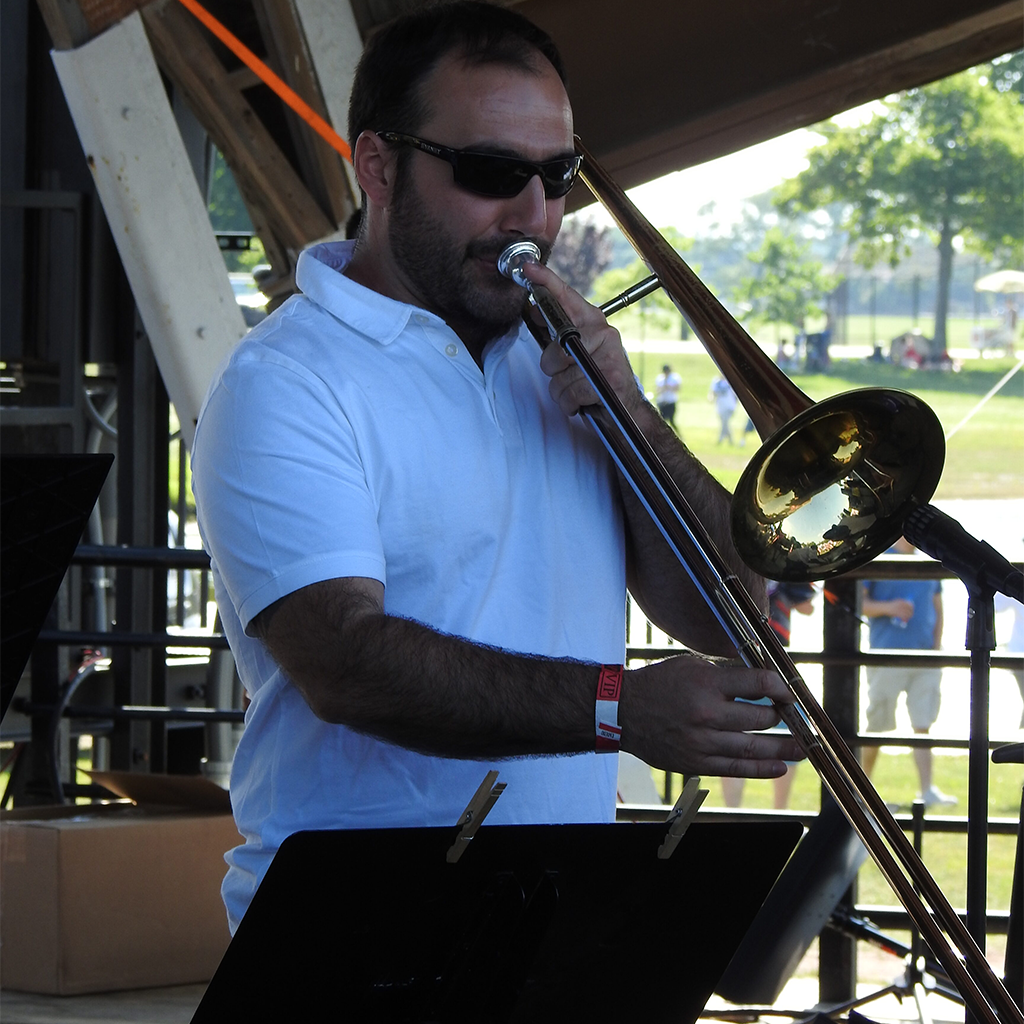 Juanga Lakunza is a trombone player based in NYC. He completed his BM Degree in Jazz studies at Musikene-Basque Country (Spain) and his MM Degree in Jazz studies at Codarts-Rotterdam (The Netherlands). He has studied with teachers such as Bart van Lier, Ilja Reijngoud, Perico Sambeat and Toni Belenguer. He has performed with various Jazz and Latin Jazz bands on the European scene and has participated in venues such as the North Sea Jazz Festival (NL), Donostia Heineken Jazzaldia (SP), Penang Island Jazz Festival (MY), London-Ontario Sunfest (CA) and Havana Jazz Plaza (CU). He has also recorded and performed with bands such as Lakunza Brothers, Dave Chamberlain´s Band of Bones, Oscar Feldman Sextet, Holland Big Band, John Benitez Band, Xiomara Laugart, CaboCubaJazz, Quintero Salsa Project, Samuel Torres ASP, and has shared the stage with Wynton Marsalis, Bobby Shew, Allan Harris, Antoinette Montague and Mercedes Ellington amongst others. As an educator, he is part of ALJA (Afro Latin Jazz Alliance), a music program created by pianist Arturo O´Farrill that provides free music education to kids in NYC public schools. In 2018 he was awarded a full scholarship by New Jersey City University graduating as Master of Jazz Performance in June 2020. He is working on his second solo album which will be released in 2021 and is currently a member of the LATIN HEARTBEAT ORCHESTRA.