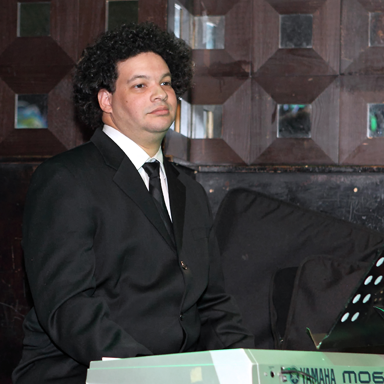 Coming from a family of world-class musicians, Damian Curtis began studying the piano at age four. He attended the Academy of Performing Arts, Artists Collectives and Guakia School for the Creative and Performing Arts. During high school was afforded a full scholarship to the University of Hartford (Hartt School of Music). He has had the opportunity to share the stage with many great musicians, such as Giovanni Hilgaldo, Patato Valdes, Andy Gonzales, David and Abraham, José Papo Rivera, Rubin Felix, Jackie Mclean, Nat Reeves, and Steve Davis, just to name a few.