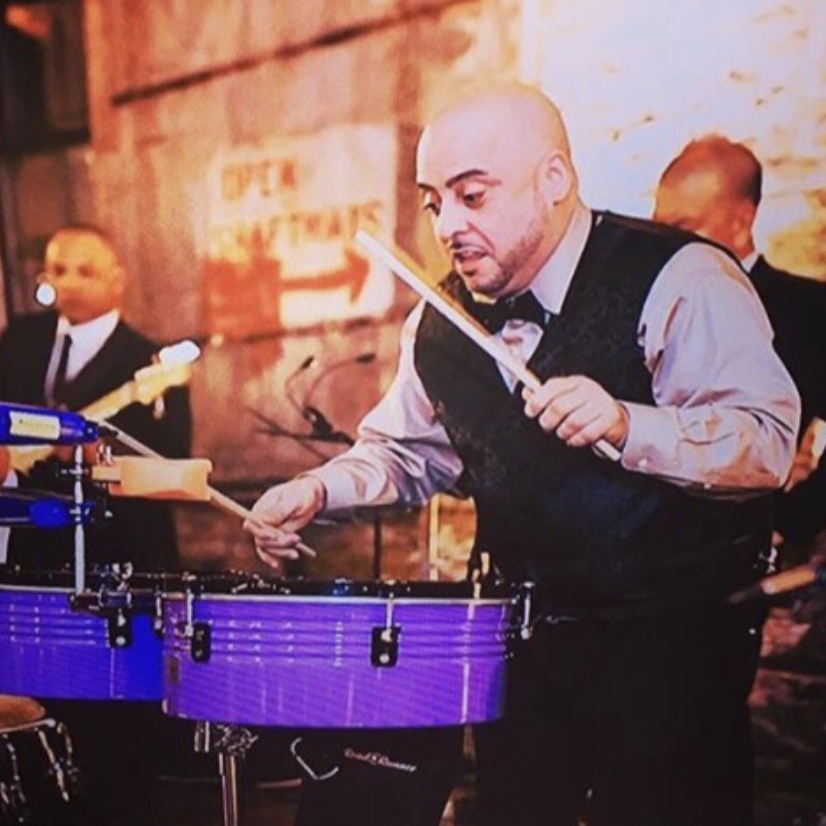 Percussionist/Band leader from New York City. Tommy studied his craft at the Boys Harbor for the Performing Arts and Hunter College in New York City, and has received scholarships, awards and certificates from both institutions. Tommy has performed with numerous artists and bands at the world famous Madison Square Garden, Radio City Music Hall, Barclay Center, B.B.King’s, and Copacabana as well as venues around the world. As a band leader/Percussionist he has released 3 singles of his own. Tommy has collaborated and performed with Salsa Artists and bands such as El Gran Combo De Puerto Rico @ Radio City Music Hall and Gilberto Santa Rosa @ The Tiles Center. Tommy is endorsed by the Tycoon Percussion Company and is currently part of the Nickelodeon Music Animation/Sound effects Team. Tommy’s influences are some of the greatest names in latin music such as Tito Puente, Ralph Irizarry, Orestes Vilato, and his uncle Ray Alcantara. Tommy is currently a member of the LATIN HEARTBEAT ORCHESTRA.