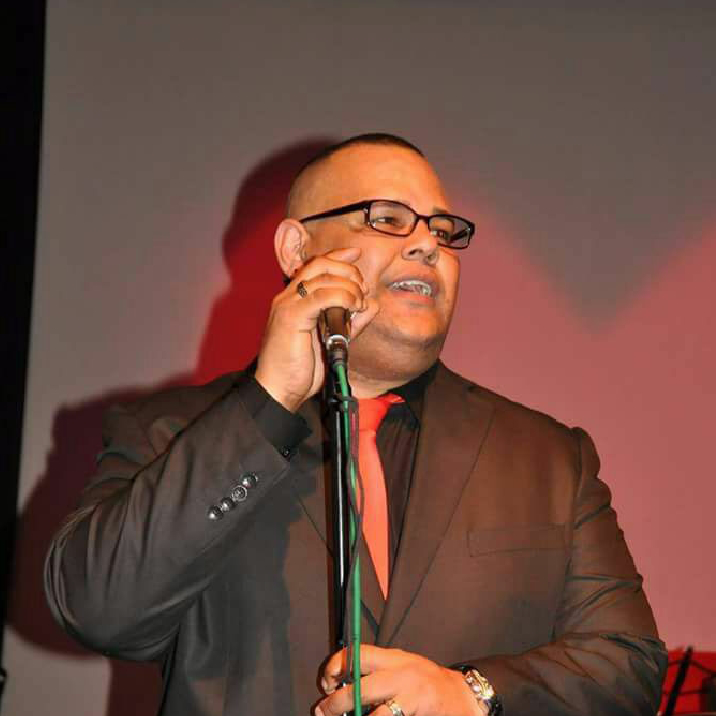 Born in Rio Piedras Puerto Rico on December 27, 1969. His father Mr. Israel Lopez Negron and Mrs. Olga Lopez Gotay were the ones who instilled in him a passion for music. Through them he learned to listen to trio’s music because his uncle Jose L Negron "El Flaco" was the singer of the famous trio group "El Cuarteto Mayarí" De Don Placido Acevedo. From an early age he began to feel this restlessness and interest in the salsa genre, listening to the music of great exponents such as Hector Lavoe, Santos Colon, Ruben Blades, the witch of Borinquen El Sonero mayor Ismael Rivera. In 1986 he began his career as a chorister with the Sergio Cariño orchestra x singer of the maestro Rubby Haddock's orchestra where little by little he lost his fear of singing in public. With his talent for singing, he was busy doing choirs for the masters Viti Ruiz, Paquito Acosta, Raf and Tapia and the orchestra led by Ivan Cáceres, Camilo Azuquita among other important figures of the salsa genre. The opportunity to be the lead singer comes with the great orchestra "La Corporación Latina" Orchestra recognized by the salsa world as one of the most important in the salsa genre and in Puerto Rico.