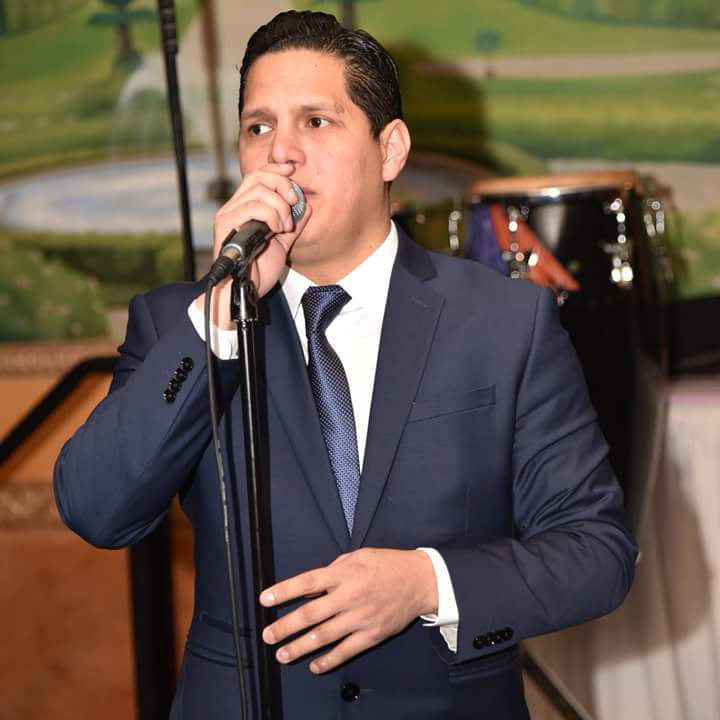 Cesar Alvarez - nicknamed the Emperor de la Salsa in his native Ecuador, Cesar is a singer whose voice stands out and adapts to all latin genres. His development and evolution just continues to improve over time, giving him versatility on stage. He initially stood out with the ranchero bolero genre, and at the age of 17, enrolled in the RUMBA 6 septet which gave him the opportunity to enter the Tropical Music genre and soon after was invited to join the Eddy Conga International Orchestra. In 2009 his life took a turn, and the opportunity arose for him to leave his native Guayaquil Ecuador for the US where after settling in Chicago for a short time, he decided to try his luck and visit the emblematic city of Salsa ... NEW YORK. It was undoubtedly a challenge, but Cesar would not let anything stop him from entering the New York music scene. He sang as a soloist in Latin bars to make a name for himself throughout the Tri state area and in 2013, he joined the BRICK CITY SALSA Band as a backup singer where he was able to make many connections with others in the Latin music scene. César continued promoting himself and focused on transcribing and adapting musical arrangements in SALSA to generate work and help his musicians and friends. The 2020 pandemic paralyzed the music industry but 2021 is reopening the doors and César is now a member of the LATIN HEARTBEAT ORCHESTRA. We now welcome Jim to The Latin Heartbeat Orchestra.